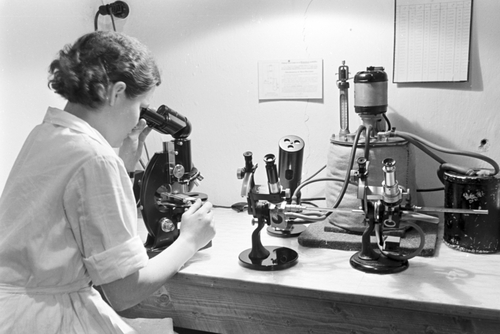 Almost everyone will contract human papillomavirus (HPV) at some point in their lives. Fortunately, most cases result in no symptoms and will disappear on their own without treatment within two years. Some strains of HPV can cause warts to develop, but even these are relatively harmless for the most part.

While we understand the link between HPV and cancer today, the connection wasn’t always so clear. It took decades of research to discover exactly how HPV affects the body, particularly when it comes to cervical cancer.

In the 1950s, scientists searching for possible causes of cervical cancer began looking into lifestyle factors which may be linked to the disease. They discovered that women who had multiple sexual partners or who had become sexually active at a younger age exhibited higher rates of cervical cancer. The results demonstrated a pattern similar to that of a sexually transmitted infection (STI).

This baffled scientists at the time, especially since cancer didn’t appear to be contagious. However, a virologist from Germany named Harald zur Hausen was intrigued.

Zur Hausen had previously studied the cancer-causing Epstein-Barr virus, and he had read 1930s reports from American researcher Richard Shope in which a certain type of papillomavirus infection in rabbits led to the development of warts and then cancer. When reviewing medical cases in which women with genital warts developed cervical cancer, he realized a similar connection may exist. The next step was to find out if his theory was correct.

At the time, some scientists believed that herpes-simplex virus type 2 (HSV-2), an STI known to cause genital warts, was a possible cause of cervical cancer. However, Zur Hausen wanted to conduct his own research to investigate this further. He found that HSV-2 was not common in cervical cancer tumor samples, so he turned his attention to HPV and first published his hypothesis in 1976.

During the course of his research, Zur Hausen discovered several new types of papillomavirus, including HPV-6 and HPV-11. However, he found that neither type was strongly linked to cervical cancer. It wasn’t until 1983 and 1984, when Zur Hausen discovered two more HPV strains (HPV-16 and HPV-18) that the connection became clear.

Zur Hausen continued his research and advocated for an HPV vaccine beginning in 1986. The William B. Coley Award for Distinguished Research in Basic and Tumor Immunology was awarded to Zur Hausen in 2006, and in 2008, he won the Nobel Prize in Physiology or Medicine.

The Fight Against Cervical Cancer

After Zur Hausen’s discovery in the 1980s, researchers around the world found additional types of the HPV virus potentially linked to cervical cancers. In 1995, the International Biological Study on Cervical Cancer group was organized to piece all of these findings together. By compiling the samples from 22 different countries, they discovered that HPV was found in 93% of cervical cancer samples.

Further research confirmed these findings and actually proved that the initial figure was underestimated. In 1999, a group of scientists undertook a rigorous study in which they re-tested the samples. They found that HPV was present in virtually all cervical cancers (99.7%), proving that HPV infection is the cause of cervical cancer.

Though scientists have identified over a hundred types of HPV, there are only 13 high-risk types linked to cancer. Additionally, scientists discovered that genital warts are caused by different types of HPV than the high-risk, cancer-causing strains.