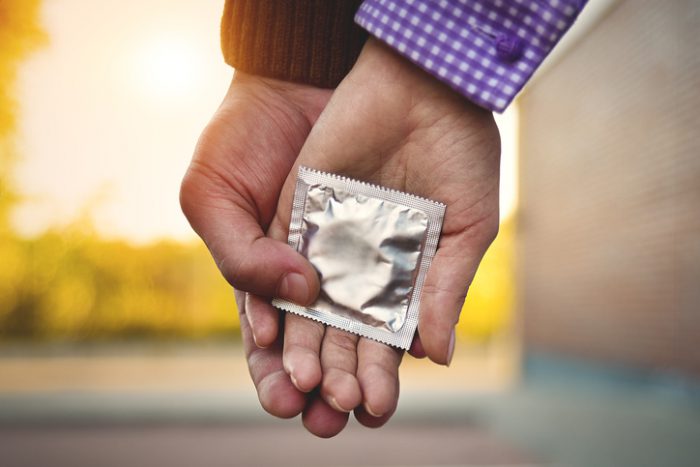 Condoms are recommended as one of the ways to help prevent HPV infections. By wearing a condom every time you have sex, you can reduce the risk of HPV spreading from one person to another. It’s important to wear a condom from start to finish since any skin-to-skin contact with an infected area could cause the virus to spread. Male condoms are the most common option, but you can also consider using female condoms or dental dams as other barriers against infection.

It’s unclear exactly how effective condoms are at protecting against HPV. While they do reduce the risk of infection, the level of protection is lower than that which condoms provide for many other STIs. Diseases like HIV, chlamydia, and gonorrhea are spread through urethral or vaginal secretions, so condoms are much more effective at preventing the spread of these infections.

Can You Still Get HPV If You Use a Condom?

Condoms are not 100% effective at preventing HPV transmission because they don’t cover the entire genital area. You’re still exposed to potentially infected areas of skin even when a condom is used during sex. Limiting your number of sex partners and getting the HPV vaccine can also help lower your risk of infection.

To make condoms as effective as possible, make sure you’re using them the right way. The following are some tips for using condoms correctly during sex:

Use condoms every time you have sex. In addition to reducing your risk for HPV, condoms protect against a number of other STIs.