Someone You Love: The Movie About the HPV Epidemic & How We Can Stop It - HPV Hub, LLC

Someone You Love: The Movie About the HPV Epidemic & How We Can Stop It 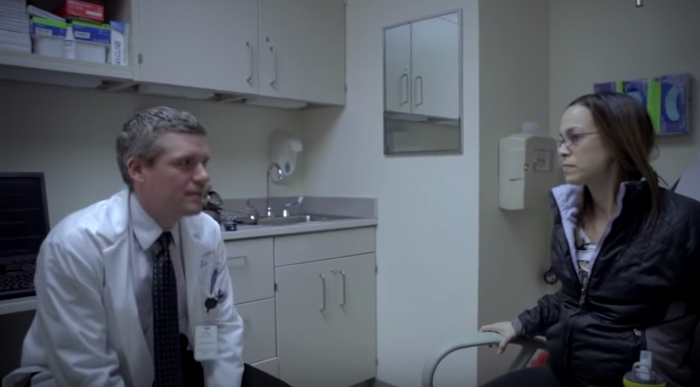 If you Google “movies about STDs,” you’ll see a myriad of results ranging from gut-wrenching horror movies to slut-shaming propaganda films. The majority of the top results seem hellbent on depicting and perpetuating the negative stigma associated with acquiring sexually transmitted infections. Yet, in a sea of ignorance and misinformation about STIs, Someone You Love: The HPV Epidemic is a ship that carries its audience safely to shore.

Narrated by Vanessa Williams, Someone You Love is a documentary that follows the lives of five women, all of whom are at various stages of their HPV diagnosis. Centering mainly on the cervical cancer risk associated with HPV, the film aims to inform the public about what women go through after their diagnosis of this widespread virus.

Each of the women, Kristen, Susie, Tamika, Christine, and Kelly, has a unique story to tell. Kristen’s is the most tragic. Filmed after her death, Kristen’s story is told through interviews with her parents in the hopes that no one else will lose their 24-year-old daughter to cervical cancer. Susie is a young mom whose husband left her after he found out she had cancer caused by an STI. Both Tamika and Christine are cervical cancer survivors and advocates who talk openly about their work promoting HPV prevention. And then there’s Kelly, who seems to be the cornerstone of the movie. When the movie starts, Kelly has just learned of her diagnosis. The audience watches as she goes through the trials and tribulations of treatment and recovery.


Despite these personal stories, Someone You Love is not just about these women. Someone You Love is about all women. HPV could be silently killing someone you love: your sister, your daughter, your friend, or even you. This film encourages you to reach out and touch HPV, so you realize how close it really is to you. Then, after you’ve touched it, talk about it, so the people in your life know how close it is to them, too.

Frederic Lumiere, the movie’s director, said this about his film in a Forbes interview: “The stigma around this virus is its worst enemy. If more women would talk about their diagnosis with their friends and family, people might be more proactive about getting vaccinated and screened.” Along with removing stigma and getting people talking about HPV, Lumiere wanted his film to provide a real, tangible takeaway—something his audience could do right now to prevent cancer caused by HPV: “1. Vaccinate your daughters with the HPV vaccine. 2. Vaccinate your sons with the HPV vaccine. 3. Don’t procrastinate on your Pap smears and HPV tests.”

It’s rare that movies about STIs capture the journey of those affected so accurately, and in an objective yet heartening way. After watching the film, you really feel that one of those women could have been you or someone you love. But now, it doesn’t have to be. A healthy immune system, regular pap smears, and the HPV vaccine can all help stop this epidemic before it affects more. We give this movie a 13 out of 10 for going the extra mile and not only talking about the HPV epidemic, but providing easy steps that everyone can take to stop it.