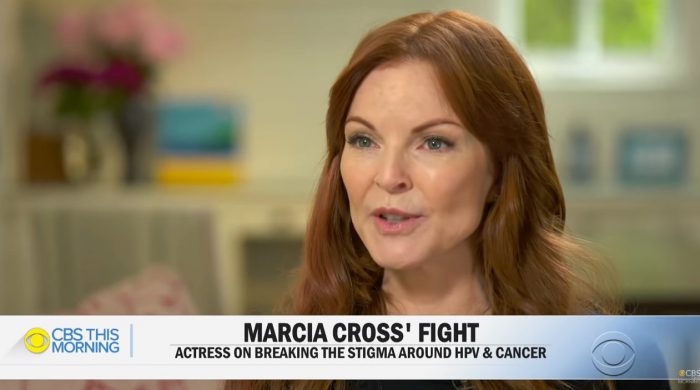 Award-winning actress Marcia Cross has dealt with the trials and tribulations of Hollywood life for decades. But nothing could have prepared her for the health challenge she has faced over the last year.

Perhaps the most surprising thing about Cross’ diagnosis is that her cancer was related to the throat cancer her husband battled in 2009. It’s likely that the same type of HPV caused both of their cancers despite the different parts of the body that were affected and the nearly 10 years between their diagnoses.

Best known for her role as Bree Van de Kamp on “Desperate Housewives,” Cross is now pursuing another public-facing role by openly discussing a type of cancer that affects such a taboo part of the body. She’s also advocating for kids to get the HPV vaccine at the recommended age since it protects against some of the most dangerous types of HPV.