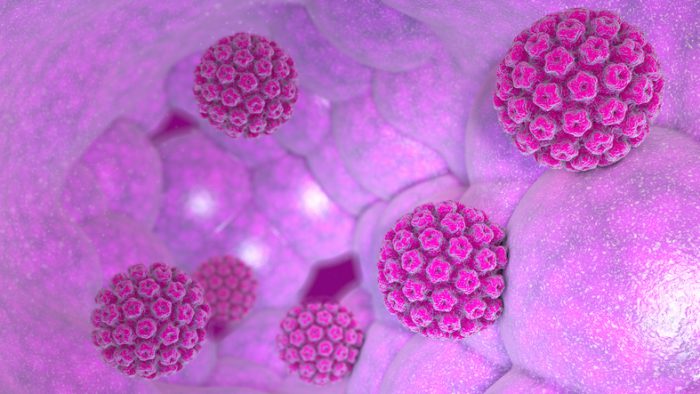 One of the medical devices sometimes used by doctors is a pelvic ultrasound probe. In recent years, there’s been growing concern about whether these probes have the ability to transmit the HPV virus from one patient to another. But is there any truth to this idea? Let’s take a closer look to find out.

What Are Pelvic Ultrasounds and Ultrasound Probes?

Pelvic ultrasounds are scans used to see the organs near the pelvis. (1) They work kind of like echolocation by bouncing sound waves off of objects to determine information about their environment and surroundings.

When Do You Use Pelvic Ultrasounds?

Transabdominal ultrasounds are the ones you’re probably most familiar with. During this procedure, an ultrasound technician will smear gel on the patient’s pelvic region, then glide the ultrasound transducer along the pelvis, allowing it to emit and receive sound waves thus creating images. These types of ultrasounds are typically used during pregnancy to view the fetus and listen to the fetal heartbeat.

Transvaginal ultrasounds are not nearly as well-known as transabdominal ultrasounds. During transvaginal ultrasounds, an ultrasound technician should place a condom on the transducer and cover it in gel before inserting it into the vagina. The probe can be used to produce images of the vagina, cervix, uterus, fallopian tubes, ovaries, and/or bladder. (2) These internal ultrasounds may be used during the first trimester of pregnancy, when diagnosing certain medical conditions (such as cysts, polyps, fibroids, or endometriosis), or if you’re just having general pelvic pain. Depending on the reason for the ultrasound, the procedure can take anywhere from a few minutes to nearly an hour. (3)

What Is the Risk of HPV Transmission?

Studies have shown that HPV is a stable virus, meaning it has the ability to survive on fomites (inanimate objects that have come into contact with an infection and can pass that infection onto others). HPV can also “survive an onslaught of chemical treatment[s] and still [be] able to be infectious.” (4)

HPV lives in the epithelial cells, which are found on the surface of the skin, vagina, cervix, anus, vulva, and penis head. (5) Given that a most people will get HPV at some point in their lifetime, a transvaginal ultrasound has a high risk of coming into contact with the HPV virus. Probes are not disposable, and are disinfected after each use with mild disinfectants to “avoid damaging the sensitive equipment.” (4)

What this means is that if a transvaginal probe comes into contact with the HPV virus, the virus can remain on the probe for weeks even after it’s been disinfected. Then, the probe can be inserted into another person, causing HPV transmission.

In addition to transvaginal probes, transabdominal probes also run the risk of transmitting HPV. HPV lives on the skin, and the transducer comes into direct contact with the skin on the pelvic region. Therefore, HPV could easily hop onto the transducer and stay on there until the next patient arrives.

How to Prevent HPV Transmission

Transducers are cleaned and covered between uses to disinfect and prevent them from coming into contact with environmental hazards. However, because most disinfectants don’t kill the virus, this seems to be a futile attempt to purify the probe.

If you’re having a transvaginal ultrasound, you can also ensure that the technician uses an external condom on the probe. Though it is typically routine to do so, it’s always a good idea to ensure that your medical providers are following procedural recommendations.