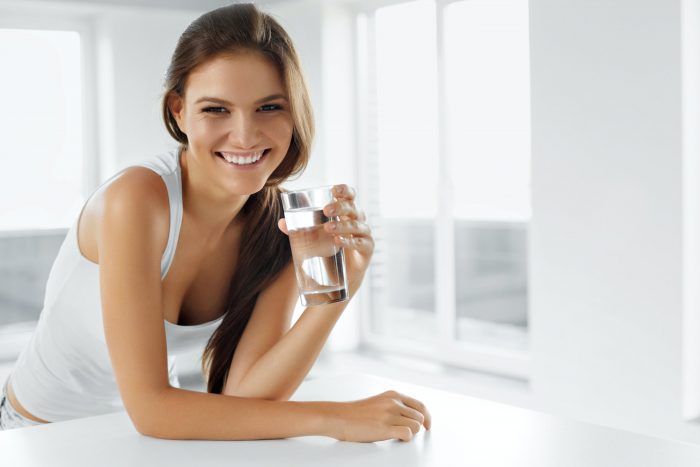 Bacterial Vaginosis or “BV” is a common condition resulting from an imbalance of both bad and good bacteria. Women of child-bearing age are especially susceptible to the condition, leading many people and health experts to believe it’s a sexually transmitted disease. The problem behind bacterial vaginosis is that women often deal with the condition for many months or years because doctors are baffled about how best to treat it.

If you suffer from bacterial vaginosis, you’ll be glad to know that it can be treated with over-the-counter probiotics (no need for doctor intervention).

Closer Understanding of Bacterial Vaginosis and Its Rate Of Infection

Women who have distressing vaginal symptoms may find bacterial vaginosis is behind their discomfort. After all, it’s thought that 29% of child-bearing age women suffer from this condition, but the rate it affects ethnicities varies. For instance, black women have the highest rate of infection at 51%, and Mexican women have a 32% rate of infection, with 23% of white women being infected.

Why does Bacterial Vaginosis occur in the first place?

It’s important to understand that good vaginal bacteria are known as Lactobacillus genus. When there is a plethora of this bacteria, it keeps the vagina highly acidic with its production of lactic acid. This ensures bad bacteria are unable to thrive. When there is a decrease in Lactobacillus bacteria, it allows other types of bacteria to grow, and this causes a rise in pH that causes an array of vaginal symptoms. To keep this imbalance of good and bad bacteria from occurring, it’s imperative to use probiotics.

Given the thought that BV is a sexually transmitted disease, does this mean that men are also susceptible to it?

No, men have yet to have this condition, but they can be carriers of some bacteria (such as Gardnerella vaginalis) that can cause women to have BV.

What are the Symptoms Of Bacterial Vaginosis?

BV, although common, may not always exhibit symptoms. It’s been found that 84% of BV-suffering women show no signs at all.  If you’re experiencing any of the following symptoms below, you may have Bacterial Vaginosis:

What Are The Causes Of Bacterial Vaginosis?

Researchers don’t fully understand the exact causes behind Bacterial Vaginosis. They do agree lifestyle factors could increase a woman’s chances of developing the condition. The two commonly-agreed-upon reasons women may have Bacterial Vaginosis are:

If you have any concerning symptoms, it’s essential to talk with your doctor, who will conduct an exam and determine the cause.

How Do Doctors Treat BV?

Many doctors will not recommend treatment for Bacterial Vaginosis, especially for women who exhibit no symptoms. The most common treatment for BV is an antibiotic that can cause a secondary infection (yeast infection). Why suffer from a second infection in curing the first? Most BV cases will resolve themselves.

In these cases, doctors will treat BV in women who complain about their symptoms.

A course of antibiotics is often the recommended treatment and includes the following:

More and more doctors have begun to recognize the benefits of probiotics for the treatment of BV and will suggest that women use them for their symptoms.

What are the Best Bacterial Vaginosis Probiotics?

Since Bacterial Vaginosis is the result of an imbalance of both good and bad bacteria in the vagina, using vaginal probiotics – be it orally or through vaginal insertion – can help with the treatment. Oral treatment will help restore the balance in the vaginal flora. For women interested in probiotic insertion treatments, it’s best to talk with their doctor first.

What are some possible probiotics used for treating bacterial vaginosis?

Researchers have conducted intense studies on the combination of probiotics for the treatment of bacterial vaginosis, with the most common probiotics scrutinized being Lactobacillus rhamnosus GR-1 and Lactobacillus reuteri RC-14. Below are three studies conducted to determine if there were any benefits to using these two probiotics together for BV treatment.

It’s important to note that you should know the probiotic strain you are taking because not all work for every BV case.

In one study, 21 women suffering from BV were involved. Half of them were given a combination of both probiotic strains and metronidazole. The other half were given the antibiotic and placebo. The antibiotic was given for the first seven days, with the two probiotics taken for 30 days and then a single capsule a day for another 30 days.

For women who received the probiotic treatment, 13 (81%) no longer had BV by day 30 and remained free of the disease when the study concluded at 60 days. However, the women of the placebo group were given the standard seven-day treatment of metronidazole, and just five women (31%) were cleared of the disease, and 70% of women still had BV.

A second double-blind, randomized, placebo-controlled study involving 125 women divided into two groups found that women with the probiotics and conventional antibiotic treatment had a higher rate of being cured. With both treatments, the cure rate was 88% and only 40% for women who took the antibiotic alone.

In a 2017 study, women who used the combination treatment of probiotics and metronidazole antibiotic had an 83% cure rate by day 30 compared to just 37% of women who had the antibiotic alone.

Special Note: Many milk-based drinks have Lactobacillus cultures in them, but these are not the same strains as the ones above. Therefore, using them as a means to treat BV may or may not work.

Based on the three studies above, it’s clear the two strains of probiotics can help treat women who suffer from Bacterial Vaginosis. And, if you want an over-the-counter treatment for it, probiotics are the way to go. One possible treatment for BV is Pro-Fem, which is a probiotic supplement that includes both strains.

Along with BV probiotics, there are several over-the-counter and at-home remedies you can try. For example, garlic.

The study found that garlic was better than antibiotics for the treatment of BV. You can find garlic supplements in many retailers and vitamin stores.  It’s also thought that using garlic with other probiotics can help overcome the infection.

Why does it work? Boric acid is believed to affect the bacteria’s biofilms. According to one study, 21 days of boric acid treatment combined with nitroimidazole and then metronidazole gel for another 16 weeks had a cure rate of 87% at 12 weeks.

However, 50% of the women in the study did not have a permanent cure for their BV, but the study does reveal that using boric acid with other methods can help prevent BV recurrence. Additional studies are necessary to find if boric acid use is helpful in preventing BV, especially for women who suffer from bacterial vaginosis constantly.

Women who constantly suffer from BV infections may eventually find any antimicrobial treatment ineffective. Plus, they may also suffer from yeast infections, a common side effect of using antibiotics.

Researchers feel that the rates of BV could be lowered if the sexual partners of women with BV are also treated. While early research didn’t show this as being effective, additional research is being conducted to determine if treatment with sexual partners is an effective method to decrease BV recurrence.

Until a general consensus is found in the scientific community about treating sexual partners, several over-the-counter BV treatments are available, along with at-home BV remedies, which can help with symptoms – be it a new or persistent infection.

Always Talk With Your Doctor First

Many over-the-counter treatments are being touted as a means to cure BV, including hydrogen peroxide, tea tree oil and other herbal suppositories. Before you use anything, speak with your doctor about the best course of action for your bacterial vaginosis condition. Before taking any over-the-counter treatment, women are advised to speak with their doctor about their vaginal concerns.

Although most women recognize the signs of a yeast infection, it is actually Bacterial Vaginosis that is the most common infection to affect the vagina. Nearly one in three women has its symptoms – pungent fishy odor, grey/white discharge, and pain around and inside the vagina. It’s why many researchers have looked into treatments for BV – to help women cure this condition.

Many studies have found that probiotics positively affect BV, curing the disease. However, not all probiotics are the same, and the best probiotics to use for BV treatment are Lactobacillus rhamnosus GR-1 and Lactobacillus reuteri RC-14 strains. You can find both strains in the Pro-Fem probiotic supplement. When used orally, it can bring balance back to the vagina bacteria and reduce the level of pH, which can also help prevent and treat bacterial vaginosis.

If you have BV, don’t suffer any longer. Talk with your doctor and consider using probiotics to help improve your health today. 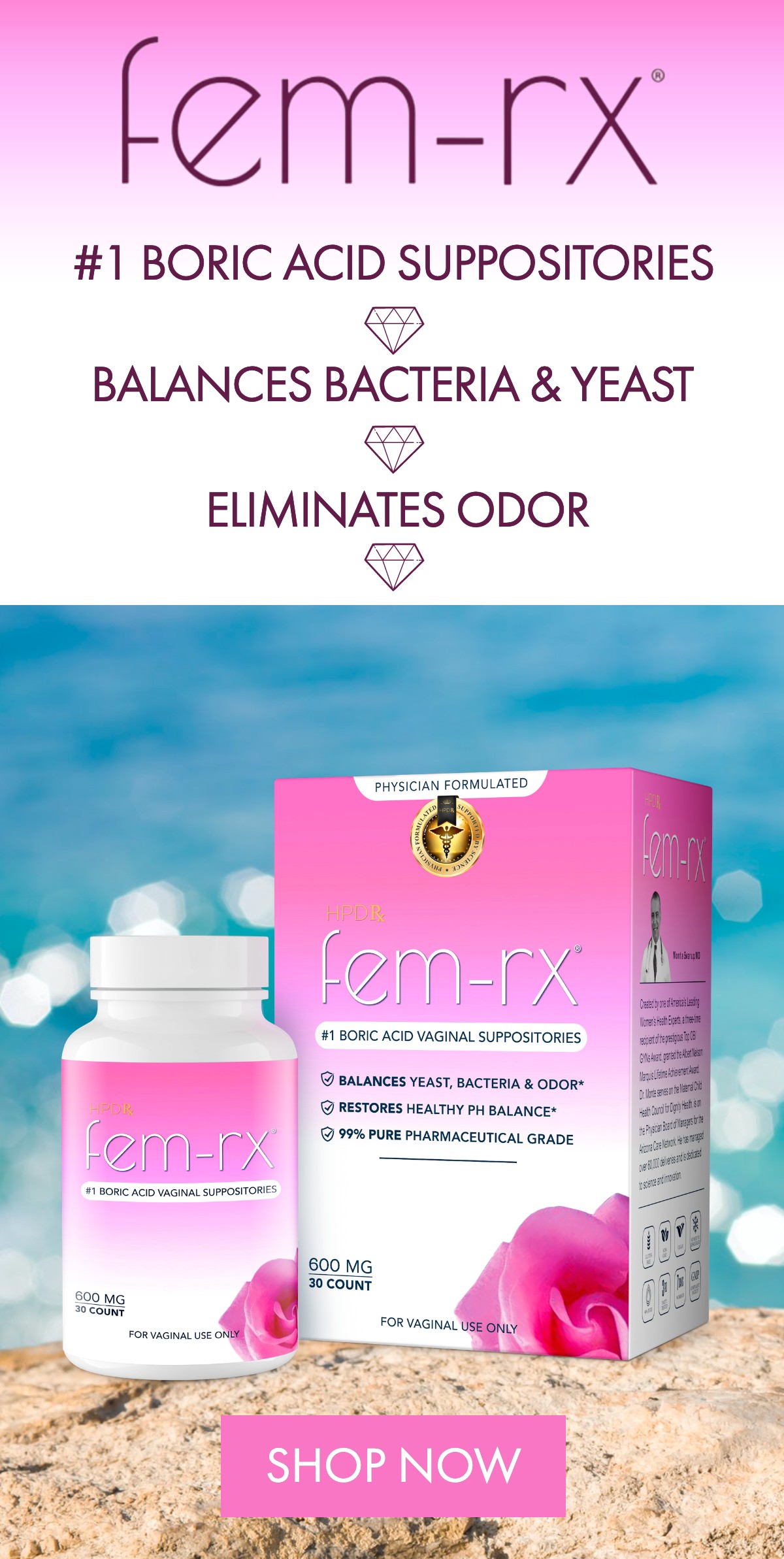